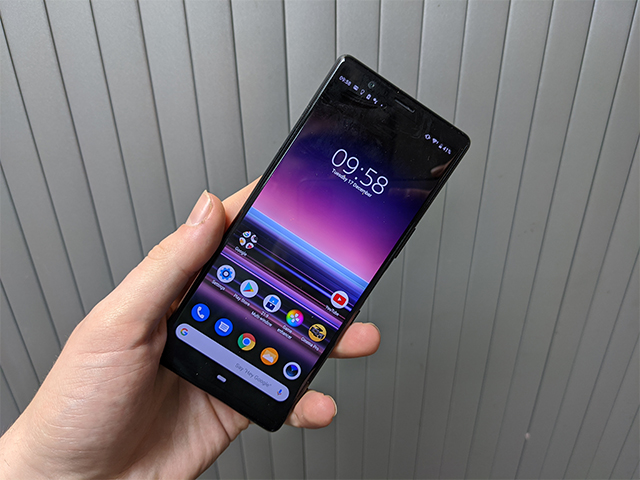 Sony flagship ticks the boxes, but is unlikely to ruffle competition’s feathers – 4/5

Sony’s sales struggles have been well-documented this year – it’s going to be interesting watching the extent to which they continue ranging mobile devices in the coming years if their shipment numbers continue to dwindle at the rate they are.

It’s not that likely that the Xperia 5 will reverse the company’s fortunes. Its rivals in terms of pricing and specs (the iPhone 11 and the Samsung Galaxy S10e) are already too established. However, it’s still a flagship performer that’s slightly cheaper than these options, and possibly points to a bright 2020 for the Japanese vendor.

The Xperia 5 is essentially a smaller cousin of the Xperia 1 – it’s slim, slender and tall. The 21:9 aspect ratio that favours watching films and shows is probably the most distinctive part of the phone. It’s initially odd to look at, and makes the phone seem taller than it is. It’s made for widescreen gaming and watching films and shows, so if you’re a Sony fan it’ll be unlikely to put you off. Additionally, the bezels at the top and bottom of the phone are rendered nearly unnoticeable by just how much screen there is. 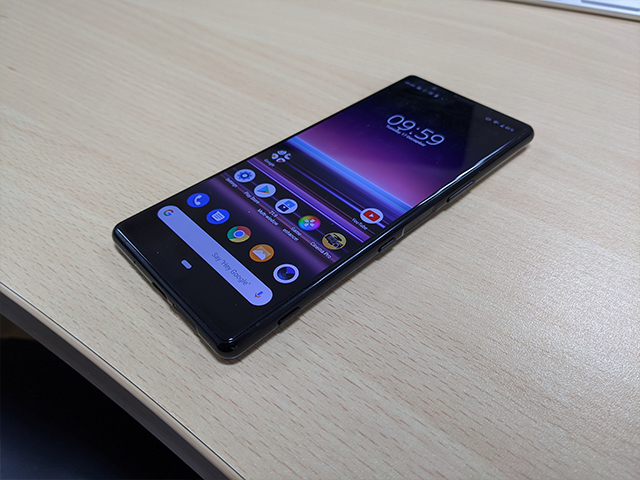 Not to worry, though, because it’s only slightly taller than the Galaxy S10+, and far slimmer to boot, meaning it’s comfortable to use in one hand and to have in the pocket. The triple-camera bulge is also barely noticeable, and the phone doesn’t feel as slippery on surfaces as some competitors – thought it’s still guilty of a bit of flagship fragility, and the glossy back attracts fingerprints.

The fingerprint scanner is roughly halfway up the right hand side of the phone, which works nicely for a left index or right thumb, the volume buttons are just above it, with the power button just below. 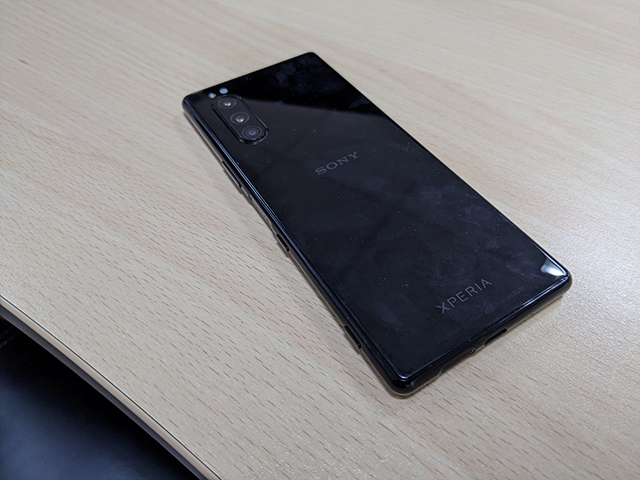 There’s also a button on the bottom right which takes you instantly to the camera, and can be used to take burst pictures as well if you turn it on in settings. Surprisingly, there’s next to no risk of you pressing this button by accident; it just didn’t happen to me.

While the fingerprint scanner is welcome (and works about 80 per cent of the time), there’s no sign of a facial unlock, which is a surprise. There’s also no 3.5mm headphone jack.

It does have IP68 water and IP65 dust resistance, however.

With 6GB RAM and a Qualcomm Snapdragon 855 processor, the Xperia 5 isn’t here to mess around. 128GB of internal storage is also appreciated, with the ability to increase this with a microSD card.

The 3,140mAh battery isn’t that much smaller than the Xperia 1’s 3,330mAh battery, and it does alright. Four rigorous benchmark tests in a row took about 30 per cent off, but you’re probably not going to be pushing the phone this hard every day.

A more fair test saw the phone play a 90-minute YouTube video on full brightness, which took off about 16 per cent, while about 20 minutes on Call of Duty immediately afterwards took off a further 10 per cent, which is fair enough when it’s optimised that game to look as good as possible. Laying idle in my pocket for about a week, the phone didn’t die, so Sony’s using what might seem like a weak battery effectively.

There’s no wireless charging – for the price point you might expect it, but I don’t see the fuss about it yet, so it’s not sufficient for me to count it as a genuine black mark against the phone.

In performance terms, there’s no jank to be seen anywhere in navigating apps or indeed playing some of the latest mobile apps. The sound is good and well-rounded, although there’s an optional dynamic vibration mode that just vibrated a lot and added nothing.

There are also sensors on the border between the screen and the body on the sides, but they’re not worth remembering about. One tap of the right side of the phone brings up a miniature home screen for faster app navigation, but it’s generally a pain to try and get right. 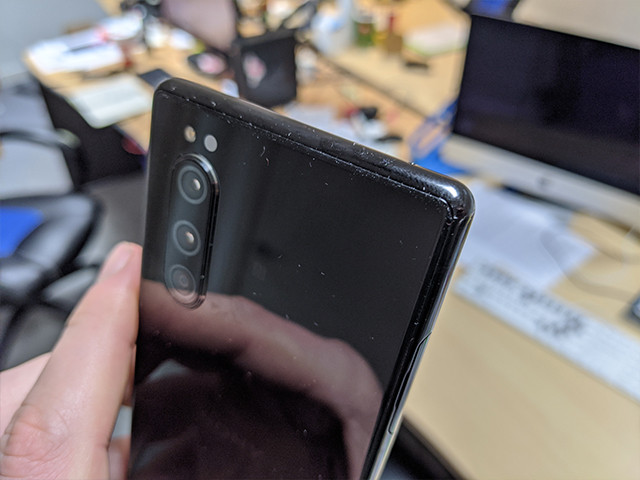 Given Sony’s representation for good cameras, what we’re given on the Xperia 5 has to be considered a little disappointing. Starting with the 8MP front camera, it’s far too overbearing on selfies, smudging down facial detail almost to the point of airbrushing. A setting that allows you to change the size of your eyes is very odd, but quite funny.

The triple-camera rear setup is fine, but again doesn’t feel as strong as it should. Wide-angle shots, in particular, feel like they’re not detailed around the edges. It would’ve been great to see a 21:9 photo ratio available as well, given the screen, but that’s sadly not available. Normal pictures are strong, and the macro lens took some great close-ups of some foliage, but it’s nothing that’s going to beat the latest from Apple, Samsung, or even Google (apart from having that wide angle option). 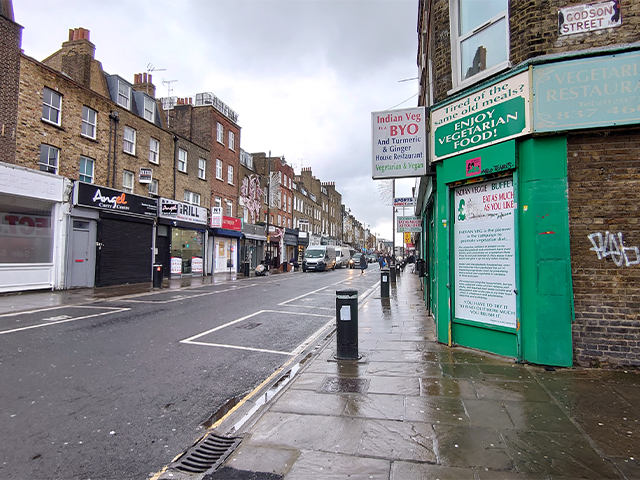 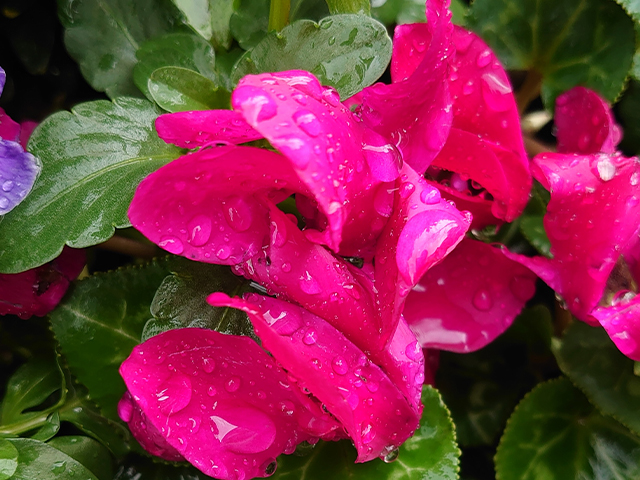 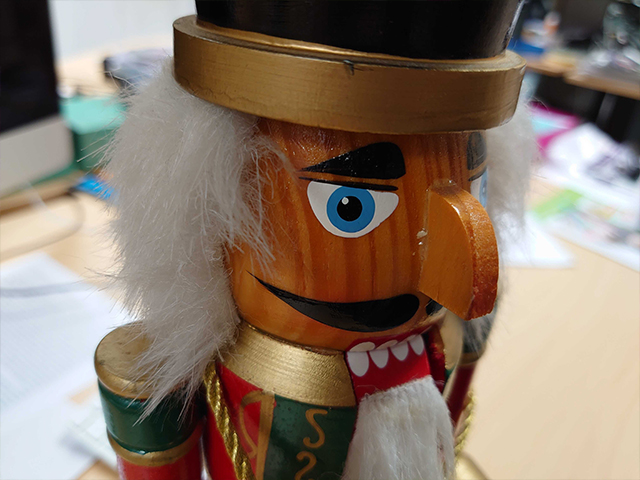 The Cinema Pro app has gotten fairly good notices elsewhere, and to review it properly would require some knowledge of filmmaking technique, but it’s nice to see it present, and could inspire your inner Steven Soderbergh. 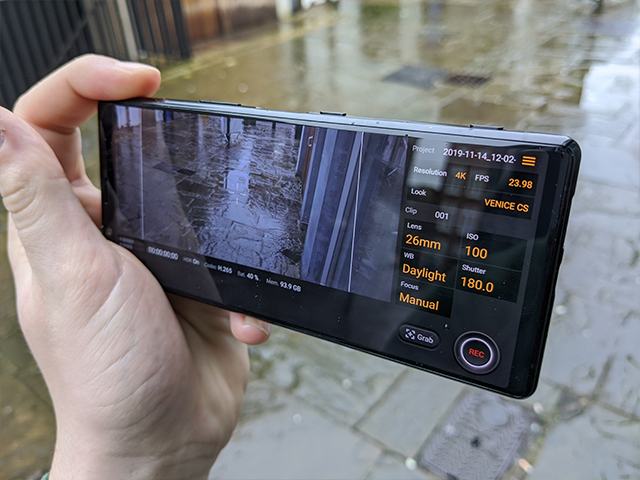 True to its specs, the Xperia 5 benchmarks competitively with with recent flagships from Samsung and Xiaomi and OnePlus.

Sony has made a strong phone, that despite its flagship cost, ultimately appeals to a more niche crowd that favours watching films and shows on the go or fancies themselves as budding movie makers. That said, it’s still a strong all-rounder, if you can get past the design and the underwhelming camera. Given Sony’s market share woes, you’ll probably get it in a bundle deal with a PlayStation console or other Sony tech, adding some value. 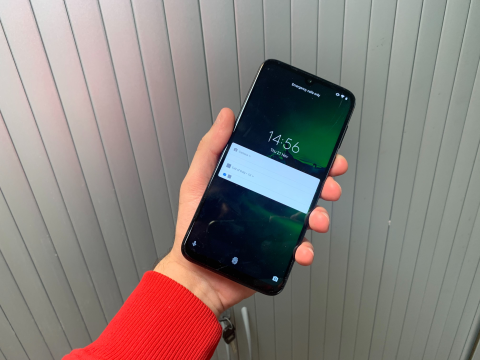