Distributor to manage all Vodafone accessories in UK stores and online, with deal possibly going global in the near future

Brightstar 20:20 has signed a deal with Vodafone said to be worth more than £1 million a year to exclusively manage its entire UK accessory business.

The deal, the first of its kind in the UK by a network operator, begins this month and will see Brightstar select and supply all accessory products sold through Vodafone’s 500-plus retail estate and online store, vodafone.co.uk, as well as all in-store merchandising.

The UK accessory market is valued at around £280 million a year.The rolling contract with Vodafone begins this month.

Strengthening
It builds on Brightstar 20:20’s existing (non-exclusive) supply relationships in the UK, which include O2 and EE, as well as retailers Phones 4u and Carphone Warehouse. Brightstar 20:20 is said to be the leading accessory distributor in the telecoms market with around a 38-40 per cent market share. Accessory partnerships include Tech21, Griffin, Jabra as well as a number of OEMs, including Sony, Samsung and most recently HTC.

Brightstar chief executive and founder Marcelo Claure, who claims Brightstar Corp is now the world’s biggest distributor of accessories with expected revenues of £180 million this year.

News of the deal’s completion comes more than 18 months after Vodafone first issued an RFI at a meeting with UK and European distribution partners held in Dusseldorf, Germany. It is understood Ingram Micro, Tech Data Mobile and Strax all competed for the contract. Details on why Brightstar 20:20 was selected are not known.

Former 20:20 managing director James Browning (pictured right) and current sales director Steve Sanghera are said to have played a “pivotal” role in winning the contract, which is said to have been in place before the Brightstar takeover was completed.

The original tender was for supply and management across Vodafone’s entire European operations but was later reduced to local markets only.

Details on the financial arrangement are not known but sources close to the situation claim projected profits for Brightstar are in excess of a million pounds annually, with margins on some products in excess of 60 per cent.

The whole operation is being overseen by Vodafone director of terminals Dee Kaul and accessory and smartphone portfolio manager Bharat Gohil. Up to 10 Brightstar staff will also work from Vodafone’s Newbury head office, Mobile News understands.

In January both Kaul and Gohil are understood to have been part of a Vodafone audit team in Shenzhen, as part of an inspection of Brightstar 20:20’s factories, in which many of its products originate before being dispatched to the UK.  Browning, Sanghera and current managing director Jim Michel were said to be in attendance. 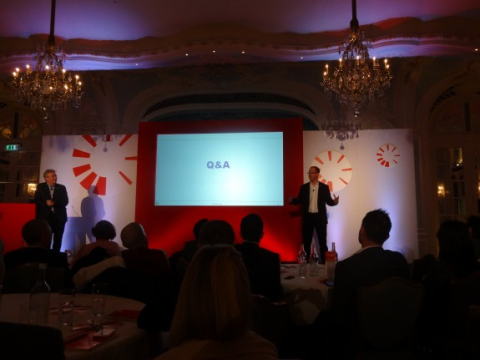