The O2 and EE airtime distributor confirmed the sale via email to its dealer partners earlier today (June 11) before an official announcement at 15:00pm.

Mobile News  revealed back in March that Avenir was in talks to sell its B2B airtime division to focus on its accessory and handset business, with Chess emerging the leading contender in  May.

Cheshire-based Chess, formed in 1993, has an established customer base in excess of 50,000,  offering fixed line, VoIP and data system maintenance services to the public and private sector.

Avenir MD Andy Tow will remain with the business, heading up the newly formed Chess Partner Services division as MD. “ They (Chess)  have an excellent reputation across the industry for providing a complete end to end processing and support service to partners wanting to offer mobile and fixed line telecom services,” said Tow. “They’ve been very successful over the past 25 years and we’re delighted to add their knowledge and expertise to our Partner Services business.”

The acquisition of Avenir Telecom sees the number of acquisitions by Chess top 80 since 2001, an average of around seven a year. This has seen company turnover rocket from £1 million in 2001 to more than £44 million in 2013, with staff numbers rising from 20 to 230 in the past decade.

Avenir’s £22 million turnover business and 55 staff based out of its office in Hertfordshire will now be added to the company’s overall base.

Chess completed the capture of Bedfordshire-based IT and telecoms supplier Integra ICT last month. Chess already offers B2B mobile connectivity on EE, Vodafone and O2 via airtime distribution – via the indirect channel. Its base size for mobile is unknown.

Chess CEO, David Pollock added: “We are delighted to welcome the Avenir people to Chess. They have an excellent reputation across the industry for providing a complete end to end processing and support service to partners wanting to offer mobile and fixed line telecom services. They’ve been very successful over the past 25 years and we’re delighted to add their knowledge and expertise to our Partner Services business.”

Richard Btesh, Director of Chess added: “Over the years we have often been approached by sellers of mobile customer bases, but this is the first opportunity we’ve had to acquire a solid market leader that gives Chess a real opportunity for partner and mobile growth. Being a great place to be a customer is the key to our success, this acquisition strengthens our proposition with such a strong synergy between our core values and culture.”

Confirmation comes after four months of denials from Avenir senior staff  including managing director Andy Tow and sales director John Pett who insisted to its  staff and its 500 dealer base the business is “not for sale” and “don’t believe everything you read.”

This was despite comments made to Mobile News back in February from  the firm’s founder and chief executive Jean-Daniel Beurnier during Mobile World Congress in Barcelona.

During that exclusive interview, Beurnier confirmed Avenir would remain in the UK but will instead focus on growing its accessories (such as BeeWi) and handset distribution business.

“We have decided to refocus on distribution and less on airtime,” said Beurnier. “We will sell our airtime company in the UK and stay in accessories and handsets.

“We do not know who we will sell it to yet as we are currently in discussions with several potential buyers, but a sale is expected to be finalised in April.”

Beurnier, who founded Avenir in France in 1989, said the decision to sell was made last year .

He said the reasoning was based on a number of factors, most notably the rising number of SIM only handsets being bought in the UK – estimated at around eight million smartphones in 2013* – as well as the falling prices and margins in the airtime space.

Avenir is a direct partner with O2 (Approved Partner) and EE, which also includes Orange and T-Mobile.

“We do not want to link hardware and airtime any more because the market for SIM-free phones is completely exploding all over Europe and in the UK. Currently, 20 per cent of handsets sold are SIM-free, but in two years this will be 40 per cent (16 million).

“Prices for monthly subscriptions will continue to fall and people will increasingly want to get the latest devices.” 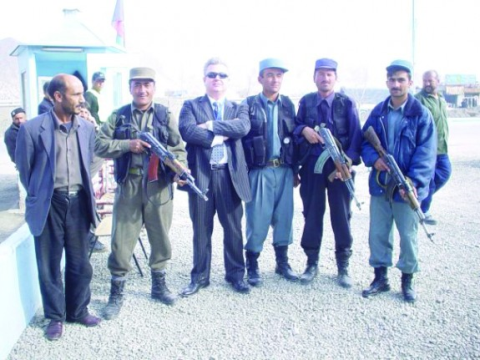