Apple would rather get it right than be first

Apple’s stranglehold on the tablet market continued to loosen during Q2 (ending March 31) – with sales plummeting 37 per cent sequentially.

The Californian-based innovator revealed the figures during its Q2 2014 financial results, which saw overall revenues at the firm increase five per cent to £27.14 billion from £25.95 billion a year ago.

Revenues were buoyed by strong sales of its iPhone device, which sold 43.7 million iPhones units in the quarter, up 17 per cent sequentially. It was the second full quarter the iPhone 5s and 5c had been on sale since their release last September.

However, the results were muddied by lower-than-expected sales of its iPad models,  which fell to 16.4 million, down from 19.4 million a year ago – and a staggering 37 per cent decline quarter-on-quarter.

This was despite the release of its iPad Air and an upgraded version of the iPad Mini with Retina Display which went on sale in November, and  three million fewer than estimates by Wall Street.

In the UK, analysts eMarketer expects there to be 12.3 million iPad users this year, representing 19.1 per cent of the total population. That figure also represents half of all UK tablet users, which eMarketer estimates will be down from 59 per cent last year.

Apple chief executive Tim Cook and incoming chief financial officer Luca Maestri (see box) however said they were unconcerned by the decline. Cook said the firm had reduced the available iPad stock to its channel partners – and sales were in line with its own expectations.

“In the March quarter last year, we significantly increased iPad channel inventory, while this year we significantly reduced it,” Cook said. “We ended the December quarter last year with a substantial backlog with iPad Mini that was subsequently shipped in the March quarter, whereas we ended the December quarter this year near supply-demand balance.

“We continue to believe that the tablet market will surpass the PC market in size within the next few years, and we believe that Apple will be a major beneficiary of this trend,” Cook said.

Maestri attempted to downplay any negativity, by reeling off a number of US and Canadian-based studies, which measured the number of hits to popular websites, accessed via an iOS and Android-run device.

Dominating
One example included online advertising network Chitika – which works with, amongst others, Yahoo – found that more than three-quarters of the ‘tens of millions’ of hits received came from an iPad – almost four times that of Android.

He added over two thirds of people registering an iPad in the past six months were new customers while Apple has a market share of 46 per cent in the US retail market, and that almost all (98 per cent) of Fortune 500 companies, which lists the top 500 US corporations by their revenue, are using iPad’s, whilst dominating the education sector. “The iPad has been the fastest growing product in Apple’s history,” said  Maestri. “Just four years after launching the first one, we have sold over 210 million units, which is twice as many iPhones we’ve sold in a comparable period of time. It’s the only product we have ever made that has been an instant hit in three of our key markets – consumer, business and education.

“In the US education market, we have a 95 per cent share with iPad, with the focus being on penetration and convincing more schools to buy them. The match has been lit and it is very clear to the educators that have studied this that student achievement is higher in the classroom with iPad than without it.

“It tells me that iPad has a great future and what drives us more than anything are the next iPads – the things that are in the pipeline and the things we can do to make them better.

“There is no shortage of effort going in on that or shortage of ideas. I’m very bullish on iPad and can’t help but be very excited about where we are with it.”

Every detail
Cook hinted Apple will unveil new products soon but said the reason for this is to ensure it gets everything right in a product rather than be the first to market with something.

“We feel comfortable with expanding the number of things we are working on and have been doing that in the background but have not been ready to pull the string on the curtain. We care about every detail and when you are doing that and getting it right, it takes a bit longer to happen.

“There are so many examples where the objective has to be first. That is not something they look for from Apple. It means a lot more to us to get it right than to be first.” 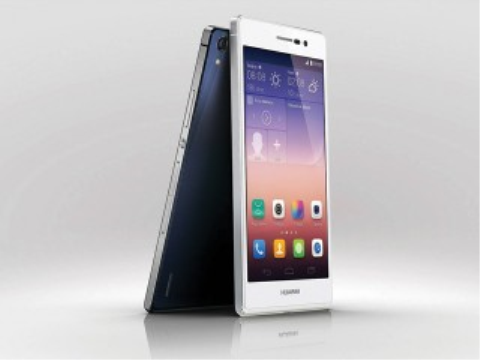 ‘We are not going to accept staying third’
Chinese manufacturer intends to rise above Apple and even Samsung in the market; Flagship Ascend P7 to spearhead growth strategy as brand awareness soars in four years
Features - Michael Garwood

The fourth protocol: Does 4G live up to the hype?
4G mobile arrived with a fanfare but what practical use is it and does it warrant paying extra for? Saqib Shah investigates
Features - Mobile News

What can Lenovo do with Motorola?
Korean company is number one in the PC market and wants to be number one in the mobile sector. Analysts say the aim is achievable only if operator, retailer and distribution partnerships are leveraged
Features - Mobile News