Brightstar 20:20 has a five-star Savoy launch

Brightstar 20:20 managing director Jim Michel has thanked 20:20 Mobile staff for what he claims ensured Brightstar’s bid for the company went through – despite late offers from other parties.

Michel made the comments during the firm’s official launch event at the Savoy Hotel in London on April 2, two months after US giant Brightstar completed its acquisition of 20:20 Mobile Group.

Michel, who was speaking on stage during a question and answer session, revealed that discussions between parent company Brightstar Corp and 20:20 began more than two years ago –  and that a number of late attempts were made from unnamed buyers looking to scupper the deal.

Hard negotiations
He claimed it was the senior management team at 20:20  which helped to ensure that it was Brightstar that clinched the deal.

“It was two years of hard negotiations,” Michel told the audience at the The River Room at the Savoy. “There  were also other people coming in bidding late to buy the organisation, but we felt that the management team at 20:20 wanted to sell to Brightstar – and felt that we were right for the company.

“For two years they made sure it was Brightstar that purchased the organisation. The previous management team wanted to be part of Brightstar and now we are here. Brightstar waited and bided its time, and in July last year they went in seriously – and felt confident they would get the business. It then took another six months to complete.”

Michel also reeled off a number of reasons behind Brightstar’s desire to acquire the 20:20 Mobile Group, claiming the two organisations shared similar views on the industry – particularly around services.

In addition to traditional handset and accessory distribution, Brightstar offers a wide range of additional “value” focused services to the telecoms industry. Examples include device insurance, full end-to-end supply chain solutions and management, store franchising (such as Yiogo in Spain, in which it manages all stock and even its call centres)  buyback and trade in, leasing and logistics.

Michel highlighted 20:20’s insurance fulfilment contracts, (understood to be on behalf of O2), as well as its Active 8 online connection service, which is used by a number of major high-street retailers, said to include Argos and Tesco.
It was also a ready-made route back into Europe for Brightstar, a region it had largely been absent from since the sale of Brightstar Europe to then-JV partner Tech Data Mobile for £106 million in 2012.

“There are a lot of other organisations which don’t compare, because 20:20 offers services,” said Michel. “The service proposition mirrored that of Brightstar and that 20:20 was the right fit for the organisation.

“The Brightstar model is all about acquiring organisations or partnering with organisations and making them grow. With 20:20 it was about getting in to the European region, the only region our CEO [Marcelo Claure] wasn’t in.”

More acquisitions?
Michel also said he expects further acquisitions to be made by the organisation – describing Brightstar and majority shareholder SoftBank – which invested $1.26 billion for a 57 per cent stake in October  – as in “acquisition mode”.
SoftBank, which also acquired a 78 per cent share in US operator Sprint Nextel in July for $21.6 billion, has investments in more than 1,300 business globally, including a 37 per cent share of online retailer Alibaba, described by many as China’s Amazon.

“Never say never,” said Michel. “What’s clear is that SoftBank and Brightstar are in acquisition mode. Whether that will happen again in the UK, I don’t know. They’ve certainly not spoken to me about it. SoftBank has 1,300 companies in the umbrella and that’s huge. It’s not going to stop there.” Brightstar 20:20 has around 8,000 active customers including network operators, MVNOs, retailers, independent telecoms specialists, distributors and insurance providers. The organisation as a whole works with more than 200 network operators (including Telefonica and Vodafone) and 40,000 retailers across more than 100 territories worldwide.

Big difference
Claure said in February Brightstar, which he describes as the biggest mobile distributor on the planet, will increase handset shipments to around 138 million this year (no year-on-year comparison available), of which around seven million will go through its European arm, Brightstar 20:20.

Michel added: “SoftBank offers us scale. If you look at what 20:20 could do a year ago to what they can do now, there’s a big difference.”

What can Lenovo do with Motorola?
Korean company is number one in the PC market and wants to be number one in the mobile sector. Analysts say the aim is achievable only if operator, retailer and distribution partnerships are leveraged
Features - Mobile News

All at the show: hearing aids to gadgets for pets
A ‘dog activity monitor’ that combines wireless technology and a mobile phone app, allowing animal lovers to keep tabs on their pet’s movements, was one of the more unusual devices on display
Features - Samantha Tomaszczyk 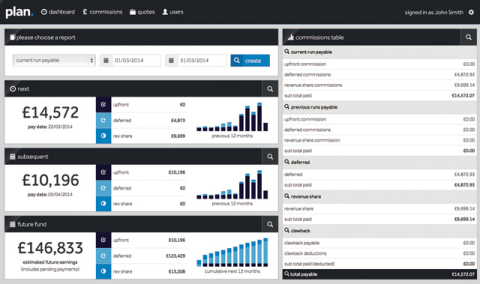