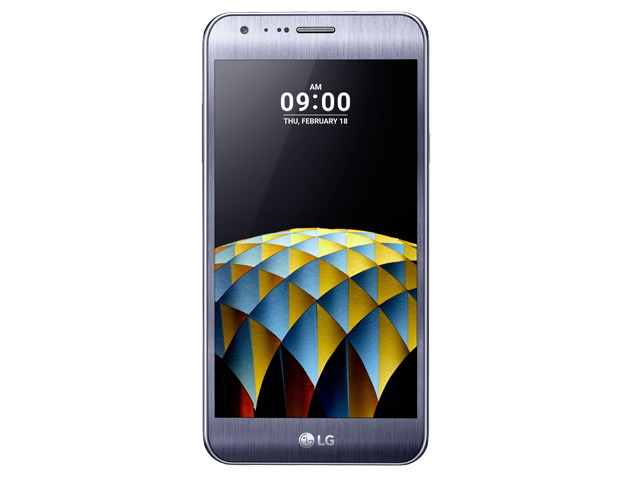 How does the vendor’s smartphone measure up to the mid-range competition?

The LG X Screen is pretty unique for this price-point but will it have enough grunt to combat heavyweights like the Lenovo Moto G4? As a company that likes taking risks and exploring new things, we’ve always had a bit of respect for LG. The LG X Screen is their newest mid-range device that slots into the bottom end of the category, but carries a unique feature usually reserved for the more expensive handsets. With two screens on the front, you’ll get the G5’s always-on display in a handy little ticker which sits above the main panel. There’s currently no other company offering this on their handsets, so it should be a nice little feature to help the phone stand apart. Problem is, will the rest measure up? Let’s find out...

The LG X Screen isn’t the most expensive handset in the world, retailing for around £200 here in the UK. Other handsets such as the Vodafone Smart Ultra 7 have demonstrated that you can do classy design on a budget, but we wouldn’t expect premium materials here. Coming in plastic with a glass rear, it feels like a mixed bag. The latter helps to give it a more expensive edge but the faux metal edging just feels cheap. If you’re going to make a plastic handset, don’t try to imitate metal.

On the plus side it’s incredibly thin and light, measuring just 7.1 mm thick and weighing 120 grams. At times I couldn’t even tell that I was holding a handset, though it has a knock-on effect of making things feel a bit cheap in the process. The curved edges definitely help with grip, which is necessary as the glass back makes the phone move around pretty badly on a flat surface. It’s not quite up there with the Honor 8, which slides around uncontrollably, but it is
an annoyance.

On the front of the LG X Screen, things are kept minimal in appearance. A camera sensor and logo are the only things worthy of mention, with no physical keys. There’s also no fingerprint sensor to be seen, which is a feature we would’ve liked to see for the price. On the sides you’ll find a power button and volume controls, plus a slot for both memory card and SIM. Moving to the bottom and there’s a micro USB jack, headphone port and mono speaker. Audio quality from the speaker is pretty good, with a relatively high volume level and clear reproduction. There could be more in the upper frequencies but for this price point, we’ve heard far worse. Moving to the back and things remind us slightly of the Galaxy S6. It has the same glass rear and camera sensor placement, with a subtle protrusion. If we’re being honest, it actually looks better from the back.

With a 13 megapixel rear sensor and f/2.2 aperture, the LG X Screen has plenty going for it on paper. In reality, this is a decent budget shooter that excels in some areas but suffers in others. Colours are well represented and there’s quite a bit of vibrancy, while overall detail is quite sharp. Dynamic images seem to cause a bit of a problem, with shadow detail being lost as a result. In some of our sample images, the LG X Screen seemed to focus so much on keeping the sky exposed that everything around it was dark in comparison.

Macro shots were generally impressive, with fast focusing up to a close distance. Unfortunately, the lack of image stabilisation let things down, making
it hard to get things pin sharp. If the
LG X Screen had some form of stablisation on-board, even digital, it would make a big difference.

Low-light shots were perhaps the area where the LG X Screen performed best, with our dark image mustering a reasonable amount of detail. While there may be a bit of noise, you can at least make out the mascot in good detail, which is more than can be said for a lot other handsets at this price-point.

The front camera is acceptable, with reasonable colour representation and depth. Images are fine for selfie use but the field of view is a bit restricted, making it hard to fit everyone in at times. Things are also a little soft compared to the best selfie snappers, though in some ways it helps to hide those undesirable blemishes. You can use the built-in beauty mode to polish your face further if you wish, but as always, results can range from weird to very creepy.

This is the area where the LG X Screen plays its trump card. With a 5.0-inch 1280Ã—720 main panel and 80Ã—520 secondary display, it’s nice to see this premium feature being offered on cheaper handsets. The second screen sits just above the main panel, with both of them merging into one super display. While it did seem a bit gimmicky at first, we actually found ourselves using the second screen quite heavily after a bit of prolonged use. It doesn’t offer much in the way of core functionality but we enjoyed the ability to preview notifications and quick launch apps. The always-on screen is also handy, displaying app notifications and time when the handset is powered down. It works a lot better than the implementation we saw previously on the Samsung Galaxy S7 Edge.

As for the main panel, it’s a five-inch 1280 x 720 IPS LCD display which means viewing angles are good and pixel density sits just below the 300 DPI print standard. It would’ve maybe been nice to see a 1080p display on board, as we’re starting to see more and more handsets with that panel trickling into this price-point. Brightness manages to be decent while readability is good under most lighting conditions. Colour calibration is pretty good though there does seem to be a slight blue hue when compared to other screens.

The performance on the LG X Screen is okay but not mind-blowing. With a Snapdragon 410 and 2GB RAM, it’s based on ageing technology. The chip is now over three years old, having been released way back in December 2013. We would’ve much preferred to see the newer 420 being offered instead. Browsing the UI is a mostly smooth experience, with only the occasional hiccup depending on the application. Issues begin to arise when gaming however, as our Asphalt 8: Airborne session demonstrated. Even on lower settings, things didn’t feel completely smooth. Cranking it up to high resulted in a very stuttered experience that was veering on unplayable.

Benchmarks for the LG X Screen reveal a handset that is just below the last-generation Motorola Moto G3 in terms of power; a phone which also used a Snapdragon 410. Scoring 513 in single-core and 1,320 in multi-core, it’s on a par with other phones in that category but falls short of newer budget chipsets like the MediaTek Helio P10. The graphics test proved futile, as the LG X Screen failed to open 3DMark and barely managed GFXBench, scoring 254.1 frames in total. This puts it in the same league as older devices such as the WileyFox Swift and Huawei Y6.

The LG X Screen runs on Android 6.0 marshmallow, with the LG UX 5 interface. It’s not the lightest skin in the world and has some obvious changes to the UI which feel like a step backwards rather than forwards. There’s a hidden app tray which needs to be revealed by pinching outwards, while a screen stretching animation will occur if you reach the end of the panel. There’s some bloatware applications on board, with LG shipping their own versions of gallery, phone and message. There’s also a suite of management apps aimed at speeding up your handset, plus some others to monitor battery levels. Techy users will appreciate these features but the majority of us probably won’t need them.

At 2,300mAh, the LG X Screen is just above the norm when it comes to battery size in this category. In our AnTuTu battery test, it scored 6,730 and lasted six hours 13 minutes. This is a pretty good result and puts it in the same league as the Lenovo Moto G4, which lasts around the same time. In real-world use, we found that the device would get through a solid day with a bit to spare. The battery is non-removable, so you’ll need a powerbank for those long-haul journeys.

The LG X Screen is a good handset that comes at a bad time. With an outdated processor and stiff competition, the allure of a second display isn’t really enough to warrant purchase alone. The Lenovo Moto G4 can be had for practically the same price and trumps it in all areas, including screen, camera and processor capabilities. Had LG shipped this with a faster chipset, we’d be inclined to give it a higher score. As it is, you’ll find there’s better value for money elsewhere. 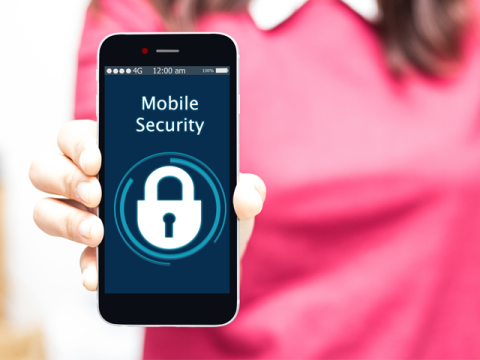 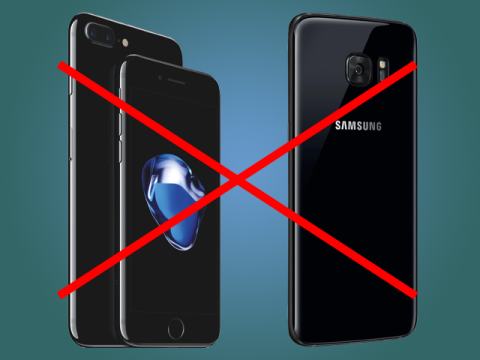 Mystery Caller: Device Features
Mystery Caller goes against the current, and has decided to move away from the usual Samsung and Apple devices that occupy the hands of fellow commuters in the morning. Heâ€™s looking for something with similar prowess and a special feature he can show off to friends at the pub. Will he find what heâ€™s looking for? Will he get a good deal?
Device Review - Paul Withers