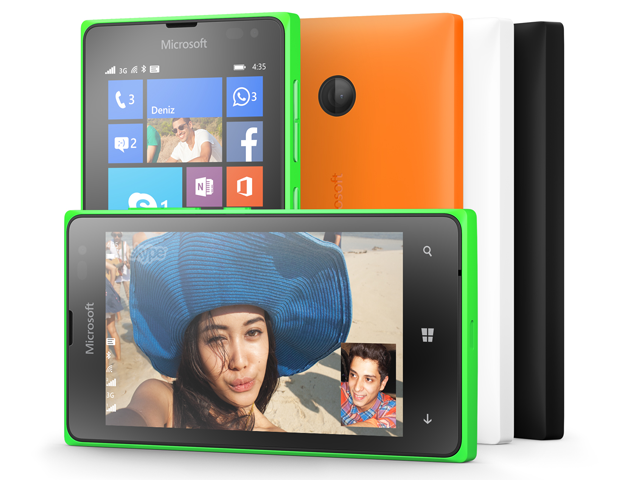 Microsoft’s cheapest handset to date costs a mere forty quid in some UK retailers. Does it have what it takes to surprise us, or will the price reflect its performance?

With the Lumia 640 and 640 XL taking up the majority of our time recently, we decided to carry on the theme with an ever cheaper device. If you think that £109.99 is cheap for a Lumia 640, Microsoft can go lower. The Lumia 435 is the company’s cheapest device ever released, coming in at a miniscule £40 in some retailers. For that price, you’d be lucky to buy a dumb phone, let alone a smart one. It really has no competition when it comes to the cost but is it actually usable?

Design
In a familiar polycarbonate design, the Lumia 435 looks like most other devices from the range aside from some minor differences. Microsoft has opted to give this device a sharper feel, with no curved edges aside from the corners. It actually feels pretty comfortable to hold and does a good job of resisting fingerprints thanks to the matte finish. You could easily be forgiven for thinking it costs more, such is the deceptive quality of the aesthetics.

With an overall thickness of 11.7mm, it’s definitely comparable to a brick. That said, it helps to give a nice grip in your hand and you’ll never forget where it is. The other dimensions are much quainter, at only 118.1mm x 64.7mm. Its tiny
size and minimal features help to give it a weirdly endearing appearance. While I wouldn’t call it premium, it’s certainly cute.

On the side you get volume keys and a power button but no dedicated camera shutter, as is expected from a non-PureView device. The rear cover is easily removed to reveal a 1,560mAh and SIM tray (a dual SIM version is also available). The device also has a microSD slot which can take up to 128GB of SDXC memory, a very nice addition for the price.

Camera
With a two megapixel camera, don’t expect it to win many awards for picture quality. I’ll try my best to be lenient here due to the bargain-bin pricing but the camera is still pretty bad. Low-light is noisy and there is a lack of auto-focus, meaning it’s difficult to get sharp images. Daytime images are passable, though they lack the colour range and definition to really make them pop.

The front camera is only VGA, which is almost like stepping through a time portal. It’s a noisy, blurred mess that looks incredibly soft and really isn’t much use for anything aside from the odd video call. Again, there’s little room to be complaining for 40 quid. It’s worth bearing in mind that most phones at this price-point don’t even come with a front camera, so don’t take it for granted.

Screen
The Lumia 435 uses a four-inch LED TN panel, which is a far cry from the IPS displays found on most modern smartphones. Viewing angles tend to be very poor with TN panels and it’s immediately evident here, with very obvious colour deviations and contrast changes at obtuse angles. I did notice that viewing the phone from the side doesn’t seem to produce as much of a negative effect as viewing it from above.

The resolution is also very low at only 800 x 480 pixels. This equates to roughly 233 pixels per inch, which is far below the threshold for the average human eye. As such, pixelation is slightly evident at normal viewing distances, though it’s not as bad as expected. There’s also a decent level of colour reproduction which helps to overshadow some of the panels shortcomings. It just so happens that the minimal design of Windows Phone is also well suited to low resolution screens.

Performance
The device uses a 1.2GHz Snapdragon 200 processor, which is only an entry-level dual core chip. The performance reflects this, with some apps opening slower than usual and loading times taking a noticeable few seconds too long. Browsing the user interface and opening utility apps such as the alarm was still pleasingly speedy, with little lag between initial input and result.

My usual benchmarking game of Asphalt 8: Airborne refused to play on the Lumia 435, bringing up a strange internet connection error. I decided to try the next best title I could think of and downloaded Halo: Spartan Assault instead. It actually ran pretty well overall, with the only frame drops occurring when the action got a little heated. The 1,560 mAh battery may not sound much on paper but thanks to the low-end Snapdragon, I almost got a solid day’s use before it brought up the warning message.

Software
The Lumia 435 uses the latest version of Windows Phone 8.1, though it doesn’t get the Lumia Denim update due to hardware constraints. The OS has really matured over the past year and it shows in some of the available features. It almost matches Android and iOS when it comes to the core functionalities, although it’s fair to say that some aren’t quite as robust versus the competition.

The app store holds it back, with a poor choice of Triple-A third party applications. Snapchat is absent and Instagram exists in a neglected BETA form. Even the official Facebook app from Microsoft struggles to match iOS and Android. If it wasn’t for committed third party Windows Phone developers like Rudy Huyn making viable alternatives to these, the store would be a dire place indeed.

Verdict
For £40, you’d do well to get anything close to this on competing platforms. While the camera is poor and the screen is pretty mediocre, you’re still getting a fully functioning smartphone that runs the Windows Phone OS to a passable standard. While it does show its limitations in some places, I was surprised how fluid the experience was on such a low-end device. I’m still not sure if this says more about the OS than the device itself.

Mystery Caller: SIM card for European travel
Mystery Caller is planning to go travelling in Europe over the summer. He already has a phone but needs a SIM-card that wonâ€™t cost a fortune when used abroad. What deals do the networks offer for roaming?
Device Review - Paul Withers

Mystery Shopper: Metrocentre
Mystery Shopper travels abroad a lot, especially in Europe, the US and China. He wants a SIM-only deal that comes with some kind of roaming package. What can our retailers offer him?
Device Review - Mobile News 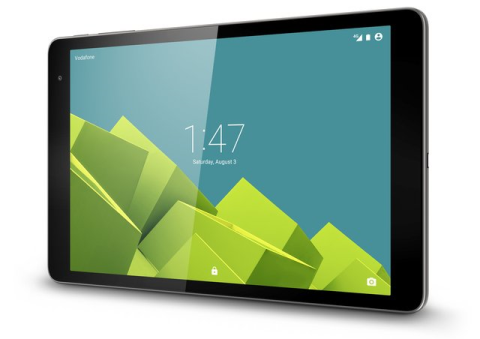 Vodafone Smart Tab Prime 6
Despite a sleek design and decent battery, this tablet fails to live up to its early promise due to a poor camera, below-average screen performance and underwhelming processor
Device Review - Mobile News