Not even Iron Man is able to save HTC

HTC last week set ambitious targets to almost double its UK market share to above 10 per cent by the end of the year, although analysts and resellers Mobile News spoke to in the industry have their doubts.

The “achievable” targets were revealed during an interview earlier this month between Mobile News and the Taiwanese manufacturers vice president of the UK Peter FrÃ¸lund and HTC EMEA president Phil Blair.

Their claims echo an almost identical statement made by rival LG’s UK head Andrew Coughlin back in December (see issue 553 or online), who also claims it will more than double its UK share to 10 per cent during the same period.

Blair and FrÃ¸lund expained an increased focus on the mid-end market (£30 per month or less), and boosting partnerships with resellers was key to achieving its targets.

A mid-range handset is expected to be launched at Mobile World Congress on Monday February 24.

They said the company will also increase its annual marketing spend for the year – surpassing the $1 billion spent in 2013, which included Hollywood actor Robert Downey Jr heading its campaigns. Exact figures were not provided.

Blair said: “10 per cent is an achievable target and we are achieving close to that right now in several markets – Germany, Russia – and in some markets above that, such as in the Ukraine where we have 16 per cent market share, for example.

“That goes to show we can do it. It is certainly not insurmountable. There is a combination of reasons why we are successful in the UK. Partners support us, we have the team and resources, infrastructure – that has lined up and I think you will see that happen in the UK soon.

“I think the best barometer for that success will be Q2 (April–June). The reason I say that is we are continuing to sell lots of the HTC One, and we have got our next flagship coming up.”
FrÃ¸lund added: “It is great that there is lots of focus on the HTC One, but one aim for HTC is to make sure you know about the Desire and our mid-range offering.

“Premium contracts cost between £30-£42, so we will target the £30 mark and below. That’s where there is definitely opportunity for us.

“The mid-range market is a market of interest for us. We are less interested in the super-low tier because even though we need to reach certain price points, the quality of the handset needs to be there.”

Doubts
However, dealers and analysts Mobile News spoke with following these claims appeared less confident its targets can be met, citing a number of reasons, including marketing spend and the ability to compete in an already overcrowded space.

Ovum senior devices analyst Nick Dillon said: “With marketing budgets, it’s not a case of how much money HTC has got, it’s what they’re going up against. Apple, Samsung and Sony all have huge budgets, and the Nokia brand is also about to get a large injection of cash.

“And these companies are also targeting the mid-range. Just making yourself heard amongst those other companies is hard.

“HTC is not the only one that wants to increase market share. Pretty much everyone is going after customers who are upgrading from basic to mid-range smartphones, and the first-time smartphone user. It is a very competitive market and it is not as lucrative as the high-end markets.

“Trying to make yourself stand out at that price point is tough, as all the phones have generic features and there is little room for manoeuvre. It won’t be an easy market to crack.”

“It sounds like they have got a bit more to spend on marketing, but unless they’ve got a huge amount more it is not going to change the dial dramatically.”

Analysys Mason lead analyst for mobile devices Ronan de Renesse said in order to achieve 10 per cent market share in the UK, HTC would have to win share and ultimately overtake rivals such as Motorola and Nokia, which he admits is unlikely to happen this year.

“HTC isn’t doing too well in the mid range at the moment. Samsung is, and the Moto G is doing particularly well in the UK for Motorola – the biggest selling handset on Amazon over Christmas. From a price perspective, the Nexus 5 is also quite impressive. Nokia has been targeting the lower end, too, with its Lumia range, which is quite popular,” Renesse said.

The marketing campaign featuring the actor began in August and ran on TV and in cinemas. It saw HTC briefly adopt the slogan “Here’s to Change”.
Shah said: “This is the kind of statement that the board will make just before selling shares. Share prices go up based on positive news about something that may or may not happen. I don’t think it is going to happen, I think they are way too behind Apple and Samsung, and Nokia is changing direction under Microsoft.

“Getting Robert Downey Junior on board is testament to what they are trying to do, but I think with HTC, it needs someone bigger than Iron Man. I don’t even think Iron Man can save them.”

Poor aftercare
HTC must also improve customer service if it wants to increase market share, one dealer pointed out.

Hale Communications managing director Rob Dey said HTC’s repair service is “abysmal” as faulty handsets must be sent back to the manufacturer, and it can take between six and eight weeks to fix them.

“We don’t do a lot of HTC and there is one big reason for that. Despite the fact that the phones are great and the platform is fantastic, they fail miserably on service. If a phone goes faulty, it is sent away to HTC and it goes away for six to eight weeks.

“The service and repair at HTC is absolutely abysmal. I sell HTC phones with the warning that if it is faulty, you could be waiting a long time to get it repaired. I have had to swap phones for new ones, which leaves me out of pocket. We are let down by HTC.

“The build quality on the HTC One range is fantastic, but I do not want to stock something that will have to go back for longer than seven days.”

For all the latest information on HTC at Mobile World Congress please visit www.mobilenewscwp.co.uk. A full report with a detailed interview with HTC will feature in the next issue of Mobile News, out March 5. 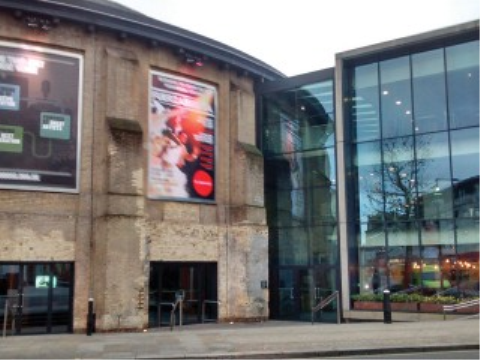 Goodbye Moto Hello Lenovo
Google sells Motorola for £1.8 million – £6 million less than it paid for it in 2012
Features - Samantha Tomaszczyk