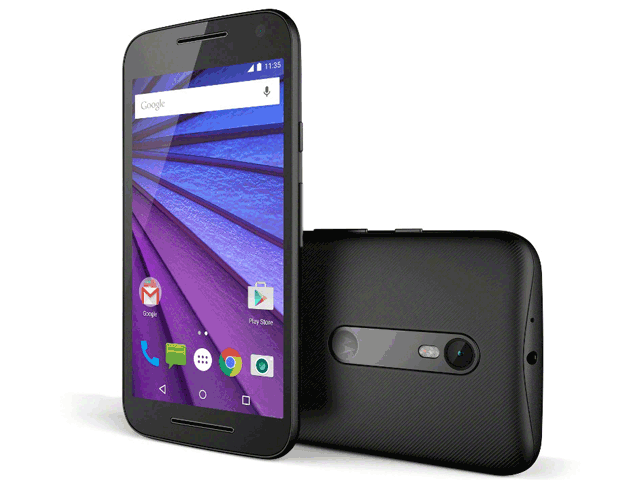 Motorola has kicked off a Valentine’s Day offer discounting £80 from any third-generation Moto G (pictured) and 360 smartwatch purchased together.

The online deal ends at 23:59 on February 5. Third-generation Moto G prices starts from £149, whilst the 360 smartwatch’s cheapest cost is £229. The original total of the two products would be £378. It is now £298 with the discount. The offer also applies to more expensive Moto 360 and third-generation Moto G packages.

The third-generation Moto G was launched in July last year. It has a 5-inch HD screen, 13MP rear camera and is water resistant.

Motorola unveiled the 360 the following September. Features include a heart rate sensor, WiFi connectivity, wireless charging and is also water resistant. It can be customised with a variety of wristbands.