Analysts claim Huawei’s ‘smart move’ to team up with Leica for its new P9 handset will put it on par with the likes of Samsung and Apple.

The manufacturer’s consumer business group CEO Richard Yu took the wraps off the follow up to last year’s P8 in front of some 500 people at Battersea Evolution in London today (April 6). The P9 features a 12MP dual rear camera created in collaboration with world renowned camera maker Leica.

Kantar Worldpanel ComTech consumer insights director Imran Choudhary claims the decision will level the playing field between Huawei, Apple and Samsung. He told Mobile News: “Rather than simply imitating others as many assume challenger brands do, Huawei have become one of the first to go with dual cameras at the back of the device.

“For those in the know, Leica are well known for their camera lenses and this partnership by Huawei is perhaps aimed at those who previously might have doubted the credentials of their flagship devices when compared to the likes of Apple and the recently launched Samsung S7 range. Pricing will be starting at around £480 which still puts the device significantly cheaper than Apple and Samsung flagships, and the spec provided is superior to that offered by others in the sub £500 bracket.”

uSwitch mobile expert Rob Kerr agreed. He said: “Compared to the iPhone 6s it’s slimmer, and boasts a bigger display with better colour saturation, so it could well prove to be a large thorn in the iPhone’s side. But it’s the battery capacity – almost twice the size of the 6s – that is the real killer.

“Partnering with German camera maker Leica is a smart move. Not only is a decent camera a major selling point for smartphones today, it adds brand power to a phone maker that is not yet a household name here in the UK. This time around, Huawei has successfully forged relationships with the big four UK networks to help it transition from a realistic challenger to a household name brand – meaning it now really is a force to be reckoned with.”

According to figures from Canalys, Huawei shipped over 100 million handsets last year making it the world’s third biggest manufacturer. It trailed behind second place Apple (231 million) and Samsung (322 million).

Two versions are available; a P9 and P9 Plus. Both have two rear snappers manufactured by German optics brand Leica, who is renowned for its cameras and lenses. This is the first smartphone with Leica technology and Huawei claims the phone will take images with ‘superior detail, depth and colour.’ The front has an 8MP camera.

) said: “Huawei is excited to give P9 users the best smartphone photography experience by leveraging the unrivalled capabilities of Leica, the leader in the world of imaging for more than 100 years.

“P9 users can now capture images with unmatched clarity, richness and authenticity, with a masterfully designed and powerful smartphone that looks and feels incredible.”

A TV advert for the P9 featuring Hollywood stars Henry Cavill (Superman) and Scarlett Johansson (Her) was also showcased event.

The smaller P9 is constructed from aerospace-class aluminium and has curved edges. It has a 5.2-inch HD display, 32 and 64GB of internal memory, and a Kirin 955 2.5GHz processor. Battery capacity also stands at 3,000mAh.

The P9 Plus features similar hardware, but has a larger 5.5-inch display, quick charge technology, 3.400mAh battery and is only available with 64GB of internal memory. Additional hardware includes a fingerprint sensor for extra security.

Available colours for the P9 are silver and grey. Prices start from £449 and it will be available in May from Carphone Warehouse, EE, O2, Three and Vodafone. The P9 Plus will be exclusively available with Vodafone from £549.

Huawei’s own vMall e-commerce site will have availability before the networks and retailer from mid-April.

A new wearable device called the TalkBand B3 was also unveiled. The device is made from stainless steel and features a curved 3D screen. Users can track their sleep and calories. It has Bluetooth support and comes with a microphone for calls. It has 1.5 hour charge time enabling up to four days of use.

Three versions are available; white and black from ‚¬169, beige and brown from ‚¬199 and grey from ‚¬249. UK availability and pricing are yet to be confirmed. 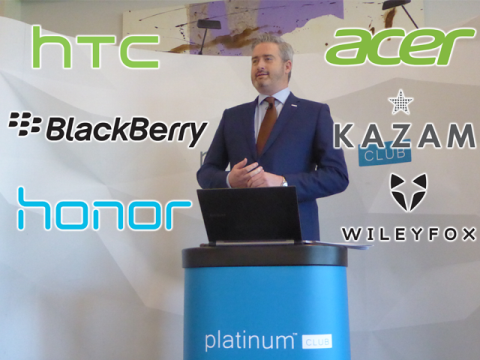 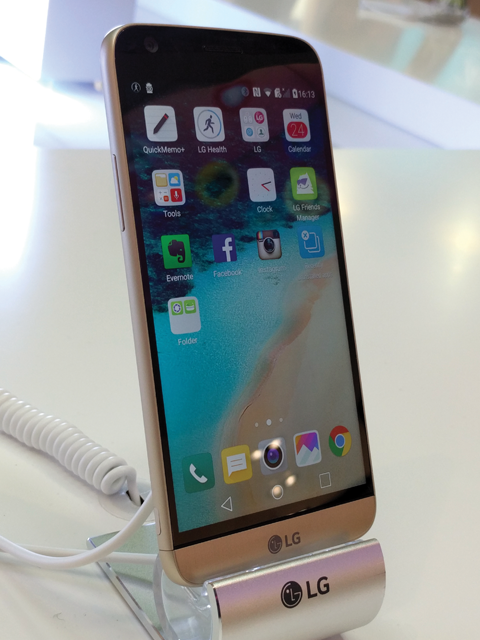