New Way International: ‘We flew under the radar but now people know who we are’ 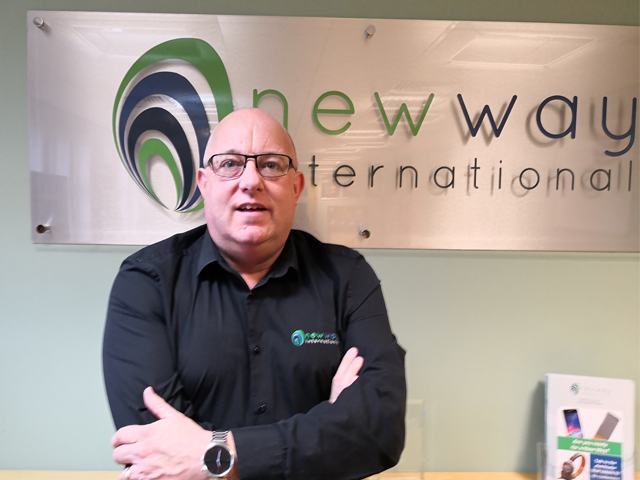 I am listening to the jubilant and energetic New Way International managing director Nigel Prince as he sets out plans to expand the London-based distributor in 2018.

Prince exudes confidence that is coursing through New Way, which was founded by 100 per cent shareholder Mandeep Singh in 1999. So much so, that the distributor forecasts a 20 per cent increase in turnover from £152m by the end of the next financial year.

The founding year of 1999 was labelled by Prince as the end of the brick phone era and the beginning of the mobile revolution, changes which led to plenty of early success for New Way. The firm almost hit £250 million turnover in 2012. It became a limited company in 2003, changing its name from New Way Associates to its current moniker.

New Way International operates in Feltham, close to Heathrow airport in west London. The main office is 23,000 square feet and houses 44 staff. New Way has 750 customers on the books. Key UK partners include A1 Communications, Mobile Phones Direct and eBuyer. Prince claimed turnover will be around £152 million, similar to 2016’s figure. Official figures for 2017 ending on March 31 were not ready at the time of writing.

Not one to be discouraged with the static figure, the channel veteran is looking forward to 2018. Movements have already begun with around £50,000 already spent this year on marketing, boosting profile and targeting a ‘gap in the market’ in independent retailers.

“By the time March comes around no one is going to sit there asking who we are. They will have already seen our adverts and we will be more established by then. New business will come knocking on our door,” said Prince.

“It’ll be nice to get at least a 20 per cent increase in growth (turnover). It’s important we bring in sales guys to exercise our strategy and grow the business to where it should be.”

Veteran
Prince is a veteran, having began his career in mobile at Carphone Warehouse as commercial operations manager in 2009. He stayed there for two years and, after a six-month stint with mobile trade-in firm Cash4Phones as head of business development, he looked abroad.

He was head of global business development for Spanish mobile phone recycling company Hispanotec Recycling in 2011 before jetting off to Hong Kong to assume the role of global purchasing director at mobile recycler Telecom Generation from 2012 to 2015.

He came back to the UK in his current role in 2015. With his vast experience and fresh targets, Prince believes New Way can be pushed into new directions to fuel expansion and growth. The MD admitted New Way had been “under the radar” in the past few years, operating with a cautious strategy until now, when the firm decided to build more of a presence in the market.

New Way’s approach with vendors changed in April 2015 when they struck a direct partnership with the world’s third-largest manufacturer Huawei (according to IDC).

The distributor partners directly with a number of other well-known manufacturers including LG, TCL Corporation and Bullitt Group. This was different just two years ago, a period during which Prince now acknowledges New Way needed to change to compete with bigger rivals in the distribution game. New Way also distributes mobile phones indirectly from other top vendors such as Apple, Samsung, HTC and Nokia.

“New Way is a hugely successful business. What it wasn’t very good at was having direct manufacturer relationships. I was brought in to open that avenue up. We could see the volumes we used to deal with were declining and that was purely down to the way manufacturers wanted to operate.

“It was quite challenging for us, we really needed to refocus a lot of our efforts solely on the UK. Around 80 per cent of business was in Europe and 20 per cent in the UK. We could see globally the business was changing. So it was key we started relationships directly and obviously that takes a bit of time,” said Prince.

Stock management was not up to a standard manufacturers demanded, according to Prince. So began the installation of management software Microsoft Dynamics. Vendors demanded a live stock system and constant reports. Before January stock was managed through spreadsheets; the installation of Dynamics essentially brought the firm up to date, preparing it for future partnerships and lifting it from below its rivals.

“I think the key thing for us was understanding that without an operating system, going forward working with vendors was a no-go. So the option was to either upgrade the system or don’t do this. The upgrade put us in a good place where we can do all these other things but it was really a case of looking at our service proposition and how we operate, organising the back end of our operating system and getting that into a really good place before elevating profile, as we’ve been slightly under the radar.”

Strengthen
A gap in the market was identified at the end of 2016, with distribution to 2,500 independent retailers. These include newsagents or corner shops that serve a wide variety of products from food to technology. A present partner is Krystal Express, which has five chains across central London.

Prince believes this is an underserved market with the potential to drive turnover by 20 per cent. To enact this strategy New Way bolstered its ranks in January with UK sales manager Keith Bennett, and will further strengthen the sales team with six new hires bringing total staff to 50 in 2018.

Prince acknowledged independent retailers will lack the scale of bigger partners such as Amazon. The distributor will support them with marketing, point of sale and accounts, making it simpler to a simpler business to consumer proposition. Prince said: “The key question we asked was ‘where is the gap in the market?’ Because these independents have been around for years and online retailers are well established, we felt that the independent retail market was where there was a gap.

“They don’t have to order 500 phones, we’re not going to deliver a pallet to their door and they don’t have to pay for several hundred items. We can operate as we do with our retail business like a direct-to-consumer relationship, if they want just one product a day, we can do that. Thats how you can grow your business. If there are 2,500 independent shops ordering one phone a day, thats as good as getting one order for 2,500 phones.”

Challenge
A fresh challenge lies ahead in refurbishing and selling used mobile phones. New Way sells a variety of technology to consumers online through the Ultimate Phone Shop, which contributed over £1million in turnover last year. Work has begun on improving the website and expanding its functionality to work in sync with refurbishment. The firm began the groundwork in its refurbishment venture last month by purchasing repair equipment.

The aim, according to Prince, is to grow that figure five-fold next year. “Last year it would have turned over just a £1m. There’s a lot more penetration we can do, we can probably grow this four or five-fold,” said Prince.

According to a report from Persistence Market Research this year, revenue for the global refurbished and used mobile phone market will stand at $1.97 billion (£1.47bn) by the end of 2017. This figure is forecasted to expand at a compound annual growth rate (CAGR) of 8.9 per cent in 2025.

“There’s a huge market now for refurbishment in the UK. We’ve already started working on it and we’re going to get into that market next year,” said Prince. “We can see there’s an opportunity, so if we can do it around next year with the online piece that will be a good starting point.

“Our website is undeveloped, it does a relatively good job in selling products but that’s all it does. So we’re selling products – OK, fine – but we really need to grow online. We have to offer more services and opportunities. Bundling products, offering insurance and trade-in cash can all generate margin at the end of the day.

“You can’t just focus on selling a phone and expect that to be a massively successful online business. You need the whole spectrum.”

European base
The challenge of Europe has not been placed on the back burner, with serious moves revealed for next year.

New Way will solidify its base in Europe. It already operates a German arm called New Way GMBH in Frankfurt. Prince manages this operation on top of his duties at home. He’s striving to mirror the Feltham base in Germany by establishing a central office with its own warehouse to cater to big partners such as Amazon.  The aim is to have this German arm contribute to 25-30 per cent to turnover within 12 months of opening.

“Next year we want a central office, possibly in Munich. Ideally, we’d run all German operations under one roof and have everything centralised. There’s potential with what we could do with more sales staff based there and that’s what we’re doing next year. From that point we can start building properly with staff and infrastructure.

“The idea is to have a mini version of our base in London and not rely on a third-party warehouse. We have a direct account with Amazon which takes a lot of time and effort working with such a huge retailer.” 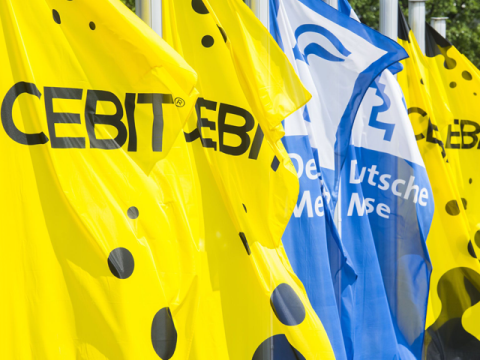 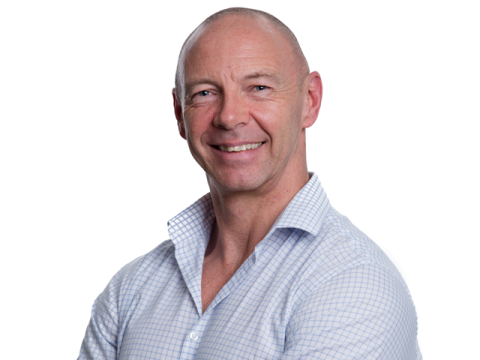 Ward is man with a Plan (.com) for partners
Ward joined Plan.com three years ago and has previously worked in customer service roles at the distributor
Distributors - Paul Lipscombe 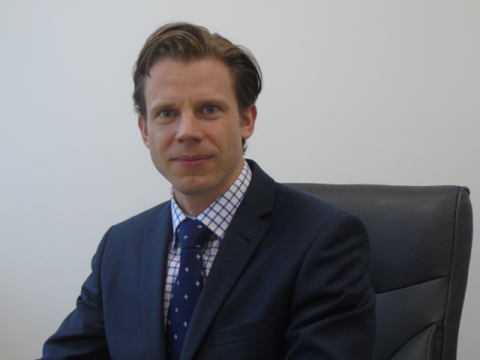 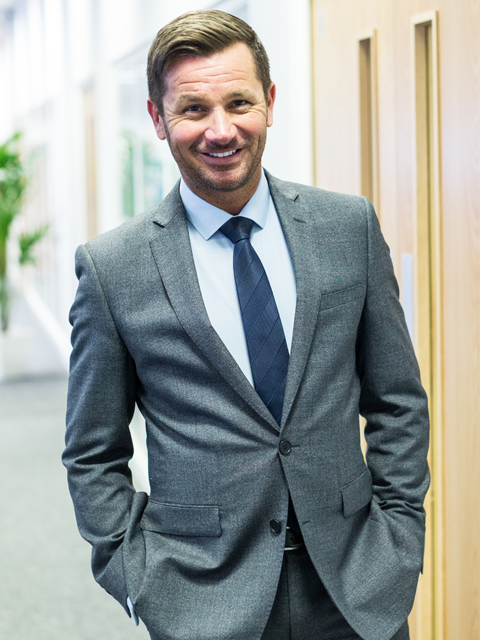