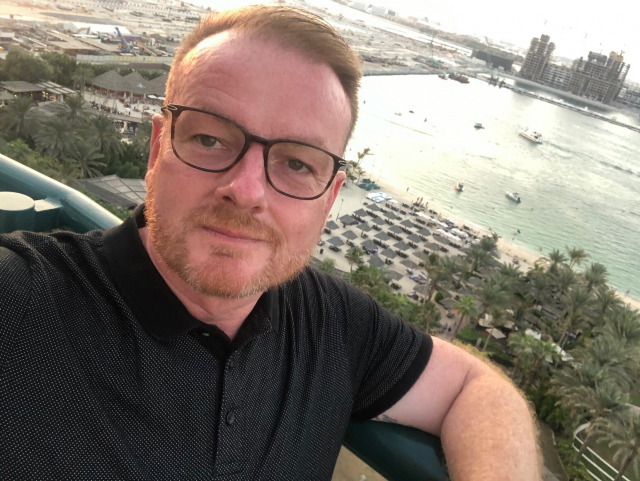 A senior O2 manager has revealed how he nearly died from a particularly virulent strain of Coronavirus and was given just 15 minutes to tell his family he was about to be put in a coma from which he was aware he might not awake from.

He remembers not even having the energy to respond with text messages to business calls.

Within a few days, his symptoms had worsened resulting in a fever of more than 40C and a feeling of being strangled when he breathed.

Buttrick, 48, has been with O2 since 1997 when it was BT Cellnet. He left for year for a stint at Truphone and returned last September.

Following calls to the 111 service, he was admitted to Wolverhampton New Cross hospital for tests where there was alarm at the low oxygen levels in his blood. Buttrick had no underlying health conditions.

He was immediately admitted to an ICU and was told his survival depended on being ventilated and that he would have to be placed in a coma. He was given 15 minutes to call his wife and parents.

“I was petrified and didn’t quite take in what they were telling me. I realised there was a chance I would never wake up and I was in tears saying ‘don’t let me die’. They promised they would do everything in their power to get me through. But they admitted they didn’t quite know what they were dealing with.”

He spent five days in an induced coma hooked up to a ventilator. After three days the oxygen levels in his blood started to gradually improve.

However, after coming out of the coma on Day Five he experienced an adverse reaction and had to be re-ventilated for another three days before coming out of the ICU and spending several days more in hospital recovering.

He remembers the slow passing of time, dreadful thirst and the pain from the cannula and other apparatus connected to his body.

“I was petrified of going to sleep and thinking I would never wake up. But the worst images that still haunt me were of the people all around on the machines.”

He was told he could only be released from hospital if he was able to walk out and had to use a zimmer frame to practise walking again and building his strength.

After six weeks he says he is nearly back to normal.

“I am worried if there has been any scarring or permanent damage to my lungs. So I really don’t want to get ill again. Before coming down with this I had been doing some keep-fit classes which I now regard as the best money I ever spent. I can see how anyone with any heart or lung condition could not survive this illness.”

“I have to say (O2 CEO) Mark Evans and (managing director of business) Katy Liddell have been fantastic in their support. They were in touch with my wife every day asking if there was anything she needed or anything they could do Their support has been amazing. Its time like this you realise the true value of people and a company.”

Buttrick is now helping defeat the Coronavirus by taking part in a trial in which his blood plasma is being given to other sufferers in the hope that the antibodies that are now in his blood will help cure other patients.

He admits to having been “a bit of a workaholic” in the past and says he now appreciates life more, especially his wife and three teenage daughters.

“Amazingly no-one else has caught it from me. None of the people I was in with in business or my wife and daughters ever became ill.” 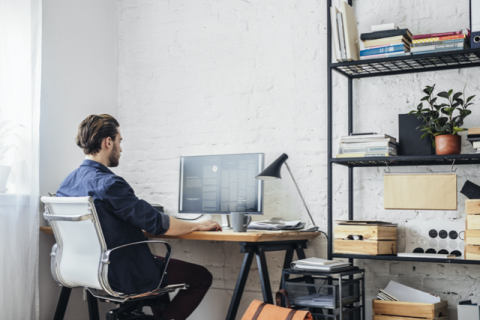