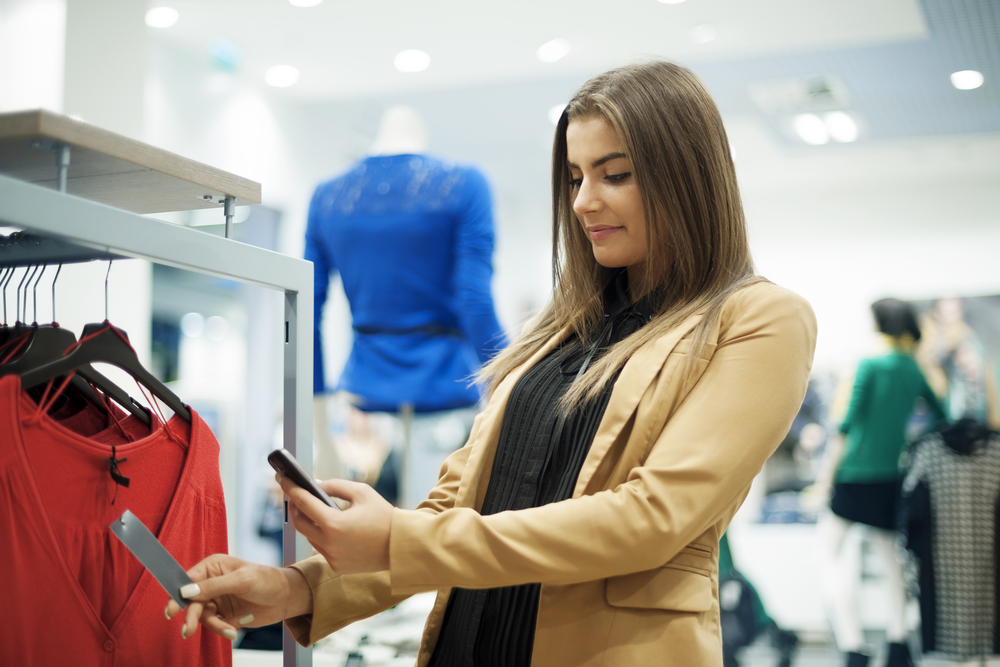 The network describes the process as showrooming, with it being most common in 18 to 34-year-olds

New research from EE reveals that shoppers have increasingly turned to their phones to find better prices whilst shopping in-store.

In the research, which had an online sample of 2,000 people, the network describes the practice as ‘showrooming.’

EE claims that 74 per cent of those surveyed prefer to browse online rather than look in a retailers’ store. Around 79 per cent research the best deals online before shopping, whilst 36 per cent prefer to shop online where possible.

EE also claims that 43 per cent prefer to shop in-store rather than online because it’s quicker than waiting for an item to be delivered. 56 per cent said they’d shop in-store more frequently if retailers offered price-matching deals.

EE head of corporate products Jeremy Spencer said: “The practice of showrooming isn’t going away. It’s understandable that the threat of showrooming preys on retailers’ minds, particularly during such an important shopping season as Christmas.

“However, retailers actually have a significant opportunity to both engage and retain showrooming customers. Encouraging customers to look up additional information on products in-store using free Wi-Fi, offering a mobile app with digital loyalty schemes and, as our research indicates, offering to match prices found online can not only prevent showrooming in the short term, but can help keep customers coming back.”