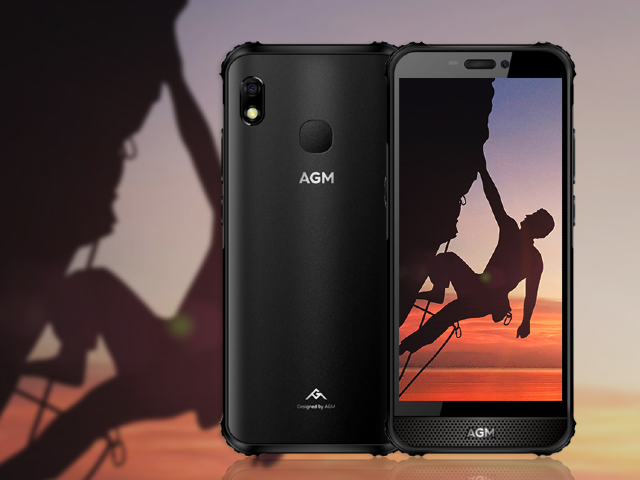 AGM Mobile has launched the AGM A10, its latest rugged smartphone, in the UK.

The A10 has 4GB RAM and 64GB internal storage, expandable to 128GB via microSD card, and runs off a 4,400mAh battery that can be charged by a USB-C cable.

It runs Android 9.1 on a Unisoc Quad Core Cortex A75/A55 DynamIQ 4G processor. Currently there are no plans to upgrade the OS to Android 10.

It also supports fingerprint unlock and has a 13MP rear camera and an 8MP front camera, however, it does not come with a 3.5mm headphone jack.

In terms of its rugged specs, the A10 is IP68 rated for dust and water protection, and MIL-STD-810G certified for shock proofing. .

“The A10 delivers all of the durability our customers have come to expect alongside a great feature set, at an attractive price,” said AGM Mobile Europe CEO Robert Pryke. “This smartphone is a great companion – you can take it with you anywhere and everywhere.”