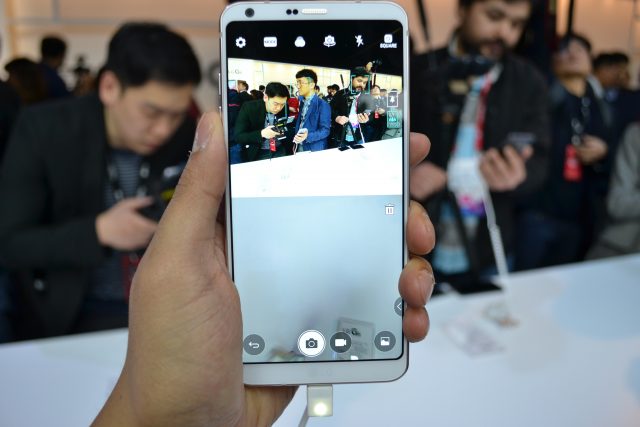 Pricing and exact release date is yet to be confirmed

LG has announced today global shipments for the G6 has begun with retailers and operators to receive their stock soon.

The manufacturer has already rolled out the G6 in its native South Korea. An exact release date and price is still to be confirmed by the manufacturer for the UK.

However, Carphone Warehouse opened pre-orders yesterday (April 5) stating a delivery date of May 3 when ordered online, priced at £649.99 pre-paid. EE and Vodafone have confirmed to stocking the G6, pre-orders are open now from both operators.

The G6 features a 5.7-inch ‘FullVision’ display in a form factor for a 5.2-inch screen. Making one-handed use relatively easy despite the bigger screen size.

The display is a QHD IPS panel with an aspect ratio of 18:9, meaning more content can be viewed if media is compatible. Amazon have confirmed to be releasing such content. LG claims the G6 is the “ultimate media device”.

The 12 megapixel dual-cameras on the back can shoot at a wide 125 degree angle. Accompanying it is a five megapixel 100 degree wide angle front camera.

Other features include 32GB internal memory expandable up to 256GB via microSD, 3,300mAh battery, rear-fingerprint sensor and Quickcharge 3.0 via USB type-C.

LG Electronics Mobile Communications Company president Juno Cho said: “The initial reaction and feedback to the G6 has exceeded our expectations by far.

“We had a lot of ground to make up with the G series and what we learned from consumers in the past year has truly been inspiring and illuminating.”

MPD: The re-release of Nokia 3310 looks set to be worth all of the hype
Mobile Phones Direct chief marketing officer Chris Liveing anticipates the release of the handset driving success for the manufacturer
Retailers - Paul Withers